Ayahuasca and Iboga – Messengers of Truth from Mother Earth


The world is deeply out of balance in these pre-apocalyptic times, and a serious correction, long overdue, is underway. The benevolent forces of the earth are reaching out into our culture and touching the consciousness of many people, invoking within them the necessity and the courage to transform and evolve beyond the self-destructive narratives that govern human life today.


Ayahuasca: A Strong Cup of Tea

The New York Times publishes a comprehensive article about the role of ayahuasca in medicine, religion, and popular cultur:


On a recent Friday night, a dozen seekers in loosefitting attire, most in their 20s and 30s, climbed a flight of steps of a mixed-used community space in Bushwick, Brooklyn. After arranging yoga mats and blankets on the floor, they each paid $150, listened to a Colombian shaman and his assistant welcome them in Spanish and English, signed a disclaimer, and accepted large plastic takeout-style containers for vomiting .... 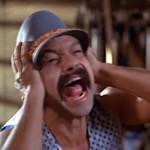